Meet a member of the Alfix team who’s bowing out 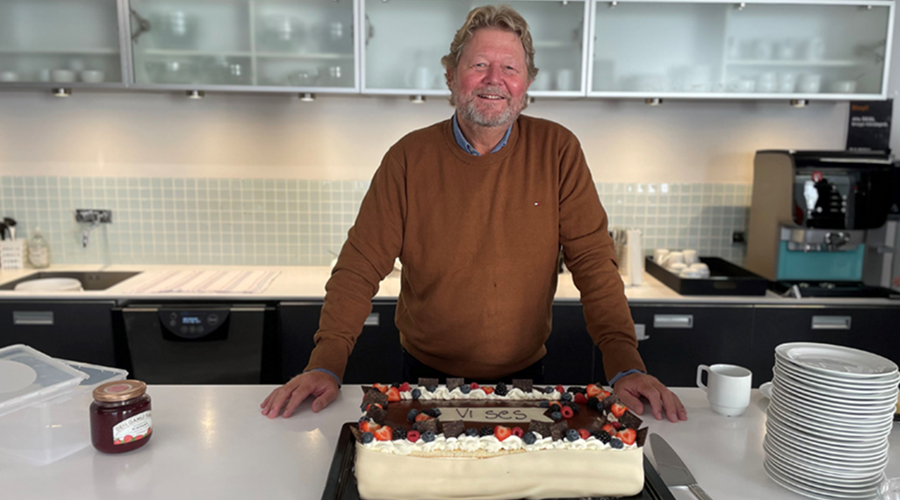 Meet Søren Heiwald – a culture-bearer at Alfix, who has been with the company for the past 32 years and is now bowing out to enjoy his retirement. Everyone who knows Søren knows there’s never any doubt when he’s in the house, because it means time for stories and a good laugh. There’s never a dull moment when he’s around.

Up until the end of October 2022, Søren was a sales consultant in Central South Jutland and on Fyn, and before joining Alfix he worked a number of jobs, including ten years as an independent master mason.

This time, we’ve swapped the three usual “Meet one of the Alfix team” questions for three questions that centre on having been at Alfix for years and years.

What made you stay in the job for so long?

“I’ve been able to organise my working days however I wanted – in compliance with the company guidelines, of course. So this has meant a largely unrestricted, enjoyable and uncomplicated working life. I’ve had fun at work every day – and that’s what kept me going.”

What’s the biggest change you’ve seen in your 32 years?

“Alfix has grown in more than one sense of the word. In addition to increasing turnover, the workforce has more than doubled over the past 32 years, while the range of products has increased three- or four-fold over the same period. It’s wonderful to have been a part of such a great success.”

“Even though the workforce has expanded considerably, I still feel that there is a particularly close collegial working relationship here. In addition to having a manager who treats me with respect, and who means a great deal to me, I have a lot of excellent colleagues. We work as a team and ‘play each other better’.

“The difference between Alfix and other companies is that at Alfix, we take care of and look out for one another. It goes deeper than just ‘workmates’. And this is still how it is today, even though there are more than 50 of us working here. No-one is more important than anyone else here.”

In conclusion, both Alfix and Søren Heiwald would like to say a big “Thank you!” So thanks to everyone who came to the reception on 13 October, where we celebrated everything that Søren has been involved in building up. “It was a great day in every respect. I’ll never forget it,” says Søren.

Søren is now looking forward to filling his days with golf, swimming and taking care of his home, which dates from 1937 – so he certainly has plenty to keep him occupied! He will also be joining Alfix’s seniors club along with a number of his former colleagues.

Here you can subscribe our newsletter, issued 4 times a year.